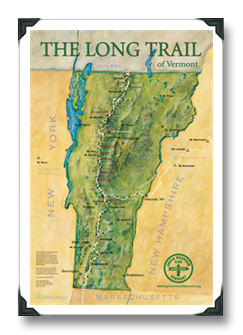 Watching the flurries land gently outside, adding another layer to the snow on the lawn, i finally realize that winter has returned after months of vacation.  Time really flies, but more so when one is in an entirely different world thinking up a solution to a set of intricate problems. There, dawn and dusk seem to be twins  and days blur into each other. Fall went by without noticing it and last week’s Thanksgiving didn’t do much to impress upon me that a season change was happening; seeing those cold feathery-like particles lightly descend from the heavens brought it home. Odd as it sounds, i do have the feeling that summer was just a few weeks ago…cue the Twilight Zone intro song.

Most people will probably have their own version of what la dolce vita entails. Mine is simply packing a backpack full of the necessary nourishments and gear for getting lost in the woods. Oh i forgot to add that all important durable dog tags just in case i end up being lunch for a bear or wolf pack.  That last item is primarily for closure purposes. I am of the belief that it’s absolutely cruel to leave a family with lingering hope of one’s return when in fact the individual in question is quietly working his or her way through some predator’s gut.  It’s the thrill of being disconnected from the “grid” and wandering off whilst seeing and hearing nature in it’s somewhat pristine self that draws me. Of course, the added advantage of having something to brag about to friends is another. I just cant resist making my colleagues feel like lazy bums. 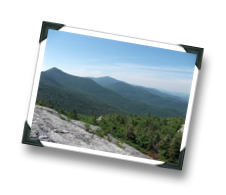 The Long Trail stretching from the southern part of Quebec, right through Vermont up to its border with Massachusetts, offers many scenic and tasking trails for the avid hiker. In my opinion, the best thing about it are the smaller trails connecting it. So with the mercury hitting the nineties in the early part of the summer, i was already packed and yearning to be out there. Armed with the latest copy of the Green Mountain Club hiking book, my trusty hike partner and I attacked the Butler Lodge, Frost, Rock Garden, Maple Ridge and the  Laura Cowles side trails to name a few as well large sections of the Long Trail itself.  An exhilarating experience considering how many times we went “off course” attempting shortcuts. Admittedly, on hindsight, those were hare-brained and i was at fault since smarty pants insisted on being the navigator. Thank goodness i wasn’t a guide to those early explorers, they’d have been scalped! One of those moments where i suggested a detour ended with us almost being mauled by a farmer’s dogs, another with the skin on my arms  itchy, painful and bumpy from horse flies’ kisses. 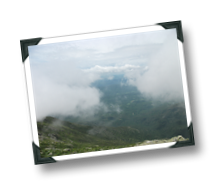 The best of these hikes was a 13 hour hike beginning at four in the morning if one counts the prior 45 minute drive to the side trail site. We aptly termed it the Insane Hike since we did it not on a typically clear blue sky summer day but rather in treacherous conditions: continuous  rain with visibility reduced to a few yards at higher altitudes, a not too gentle wind, wet rocks made more slippery by the moss on them….Try imagining being at almost 3700 feet clambering over those rocks with a sickening near 200 foot drop to the nearest ledge with the described conditions. Insane? I just love it when the adrenaline hits the bloodstream. I limped back that July day with a bloodied foot. Don’t ask how. In retrospect, i think i now understand why she never warmed up to the idea of us attempting skydiving together. I am still not sure whether the emphasis was on the skydiving or the together part.

I guess looking out now, what i am nostalgic for are those days when i returned with aching muscles, all dirty-yes i took a couple of tumbles-and disheveled but with a satisfied smile that i will be out there again doing something silly and..err…brave? Next summer, ah next summer…i keep telling myself.