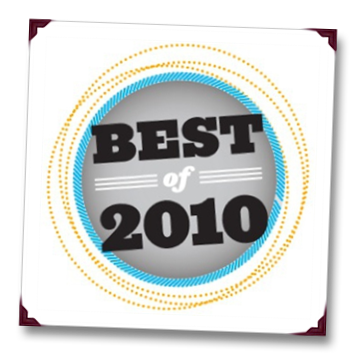 With an ankle sprain and a sore jaw, i bade adieu to 2010 and welcomed the new one. In case one was wondering, i suffered a humiliating old-lady-like tumble down the stairs. When one’s back begins to creak from shoveling the snow off the driveway then i guess such falls are expected. Resolutions? Nada. When a state of equilibrium is attained, trying to perfect that is folly. However, the concept of having resolutions is to ensure that the mistakes, missed objectives and other failed aspirations of the old are not repeated in the new one. This well applies to individuals and corporations regardless of size. So with the start of the new year, i look back at the highlights, lows, blunders and eye-popping moments in the technological industry that some may not have been aware of. Resources such as PC World, NYTimes, Wired etc provide more than ample reviews of the tech sector for the last year.

Of all the engineering disciplines, software design and development is largely abstract. By that, before the product is shipped, a service implemented and rolled out; most of the prior deliberations about the kind of functionality that software will provide, and how its constituent modules interact in a predetermined orchestrated manner to produce the desired effects are mostly done in the mind. Although various software aids are used throughout from development editors, code testing and coverage tools to analyzers to check the logic as well as fine tune the software to the desired performance; at the end, it’s humans doing all of that. Homo sapiens, the root cause of almost all bugs. The ones we’re absolved of all responsibility are the typical ‘you’re-just-out-of-luck’ hardware failures. So bearing in mind that software might not work as specified, there’s also the insidious situation where it works so well that it actually does a bit more than intended…the stuff of nightmares! Like all good horror stories, a friend’s tale of his team losing part of the code repository brought to mind the T-Mobile Sidekick fiasco two years ago. It usually begins with a harmless event which with hindsight turns out to be quite a blunder.

There’s a reason why clients are regularly encouraged to get an upgraded or updated version of any software they’re currently using. Apart from the offering of newer features, the upgrade often offers a ‘safer’ option as compared to the previous version since all known bugs will have been thoroughly resolved.  So when bunch of criminals stole Google’s Gaia source code, the shock was palpable. After all, Gaia was Google’s single sign-on system that controlled passwords needed to access a particular Google application a user was interested in. As much as the sophistication of the attack mechanism is to be admired-from a purely technological viewpoint, of course- it was appalling to learn about the initial flaw which served as the vector for the attack, upon a forensic audit. Google had basically been hacked through a zero-day exploit via IE6. As incredulous as it sounds, yes Internet Explorer 6 of all the browsers available to Google in 2010! To be fair, they might have had a valid reason for hanging onto this browser but that begs the question of what legacy internal application was making them use it in the first place.  There’s a joke that a successful dealer doesn’t partake of his own product…for a resolution those in Google’s IT department might want to try any of these: sample what its team responsible for Chrome having been brewing of late; take a tour of Mozilla and download a copy of their renowned fiery resident or better yet get a couple of eager code-happy interns to drag that dinosaur app kicking and screaming into modernity.

Talking of code theft has just brought to mind another case of 2010 albeit this time with Goldman Sachs. Ah where would ol’  trusted Goldman have been had dear Uncle Paulson Sam not bailed out AIG? That’s another matter of course. When their talented VP of Equity Strategy, Sergey Aleynikov, who had been working for years on high frequency trading software for the firm decided to tend his resignation and leave for greener pastures, he cleaned out more than his desk alone. He nabbed a “few” source file copies as well. It’s one thing to save a snippet of an algorithm or a clever workaround one did code but to ‘back-up’ 32 MB of the accompanying supporting files is pure larceny no matter how one tries to belittle it unless of course the individual in question can afford the kind of lawyers O.J Simpson had.  Unfortunately his legal defense team’s arguments weren’t convincing enough to the federal grand jury. Incredibly, not to be outdone, 26 year old Samarth Agrawal of Societe Generale’s high frequency trading team had also decided to ‘share’ a few lines of the firm’s Distribution Quotation System’s code with  Tower Research Capital LLC. Upon being caught red handed, he spilled the beans and admitted he had been angling for a position with them-as if he was on minimum wages at SocGen. I would love to be the fly buzzing overhead when both men get to meet in the penitentiary yard. Oh, the giddy talk of algorithms. At the time of writing this, Oracle is facing a lawsuit for code theft….Once is an occurrence; twice, a coincidence; thrice, time to check the water cooler supplies for contamination.

The unluckiest guy of 2010 definitely has to be Grey Powell. Grey who? Well, he was that Apple engineer who had a few drinks in a bar mostly frequented by geeks and left an iPhone 4 prototype there just a few weeks before its scheduled public release.  The resulting saga between Cupertino and Gizmodo ranged from denials to a SWAT-like raid before Apple’s General Counsel’s letter finally got the prototype returned. Hollywood couldn’t have scripted it any better. I guess that old saying about finders keepers was made irrelevant once and for all. The episode just didn’t end there. Apple released the new version of the phone which subsequently brought to light the shortcomings of its in-built antenna and signal-strength indicator computing formulae. Both got somewhat resolved but not without the scrutiny of the media. When the dust settled, the executive in charge of hardware development for the iPhone needed a new employer. And Grey? It’s believed he’s still with them, after all it would have been a bad PR move to give the fellow a shove when the world is watching when it was something that could easily have happened to any other person.

Obviously, i could continue to drone on and on about the not too noticed bits of last year, but was there something-a new product, service etc..- that piqued my interest in the last calendar year? Two stood out for me. For someone who cut his teeth programming with Turbo C++ and CodeWarrior, the first time i switched to Visual Studio 2005 was so sweet.  Two iterations later, Microsoft’s release of version 2010 packed with goodies continued the fine work they had been doing. For now, my old 2008 Professional Edition is adequately serving its purpose although i have taken the 2010’s Express Edition out for a spin. It rocks! The other? Google’s Instant Search. When a newscaster  called it auto completion on steroids i was dumbfounded.  Although, the concept of having search results pop up on the fly as one types has been tried before such as Zheng’s attempt with Bing, Google’s implementation went way beyond using  just a couple wrapped APIs. Theirs was a sheer feat of scaling results and the guys that worked on their Caffeine search index certainly deserved more than the $10k pay rise they got to in order for Google to retain their talents. The ball’s in Microsoft Bing’s corner. I wonder what are they brewing for 2011?

A lot more happened that i haven’t mentioned. The whole Flash on iOS debate to the announcement by Canonical that the Ubuntu will be running Unity as its desktop manager in their next release are just a few examples of the meaty ones i left out. Perhaps i should have gone into details at the time. If 2010 is anything to go by, this year certainly seems promising.